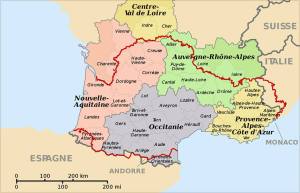 The History of the Languedoc: Occitan, Occitania and the Troubadours Occitan is the Language of the Languedoc. Like most other southern European languages, it is a Romance Language. Its origin can be traced back to the tenth century, though like all Romance languages it clearly developed from Vulgar Latin. Occitan is sometimes represented as a dialect of French, or even as a corrupt form of French – a patois. Both of these ideas are wrong, though have been taught in French schools until recently. As philologists are fond of pointing out, this sort of error arises by regarding a language as “a dialect with an army”.

Map showing the area where Occitan s spoken.Historically, Occitan was spoken over a huge area – larger than the traditional French speaking area. It had a number of dialects, including Provençal. Occitan is also closely related to the Catalan language. Like “unofficial” languages elsewhere in Europe, the use of Occitan was actively discouraged for centuries in France, even suppressed. in the interests of imposing an official language to help bolster a nascent national identity. To avoid confusion between the present Languedoc (part of the Languedoc-Roussillon Region) and the Languedoc (the area of the langue d’oc where Occitan was traditionally the first language), the latter area is often called Occitania

It is easy now to underestimate the vitality and spread of the language. It was for example the first (and preferred) language of King Richard I of England (the Lionheart), as well as of his mother Eleanor of Aquitaine. Occitan was the first literary language of modern Europe, the language of the Troubadours. The Occitan legacy of the Troubadours constitutes one of the greatest literary treasures of Europe. To appreciate the beauty of the language and the surprisingly modern tone of their poetry, you might like to read a short Troubadour song, written by a woman over eight hundred years ago.

Despite efforts by the French state to suppress Occitan, it still survives. Indeed, it has undergone a revival in the last few years, so you can learn a little about Occitan today. 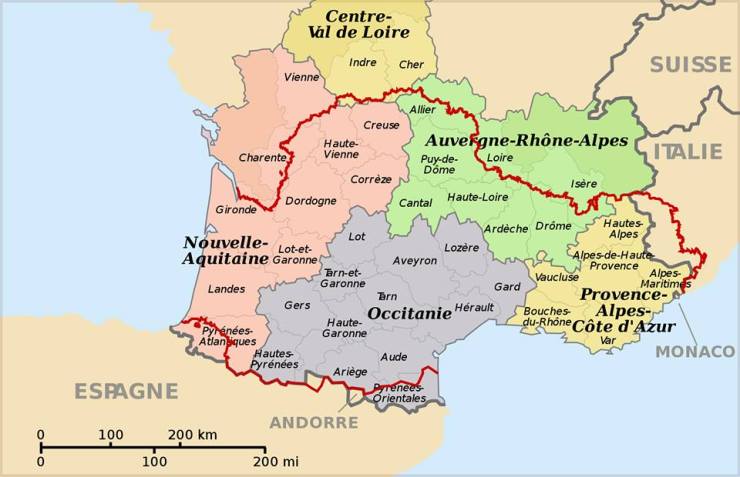